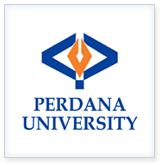 In 2006, Singapore government had problem with Johns Hopkins too!


And after a Hopkins spokesman was quoted in the Singapore press as saying that the nation-state did not fulfill its end of the bargain, the country's science agency released a blistering counterattack. In it, the Agency for Science, Technology and Research said that Singapore had provided more than $50 million to pay for the program, but that Hopkins had failed to meet specific obligations.

Why would Malaysian government partner with Johns Hopkins in the first place?