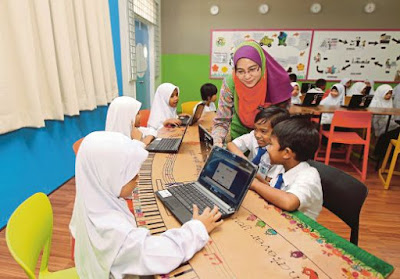 There are three phases to the project, with the first implemented under a two-year, six-month contract that ended in June 2014. Last year, PAC contended the ministry’s request to push forward the second phase claiming that the first phase had failed.

Two years after its implementation, the Auditor-General’s Report 2013 stated that the project had not achieved its objectives of providing high-speed 4G broadband and the VLE platform to schools nationwide. From a total of 89.1 per cent of the 48 schools tested, including feedback from 70.3 per cent of 491 schools, it stated that the broadband access was unsatisfactory. Additionally, 58 per cent of 501 schools said the 1BestariNet access did not cover the entire school area.

There was also a delay in installing Internet services. By the end of 2014, while 8,886 schools nationwide were provided with broadband connectivity, another 1,003 were connected through interim Internet services provided by other telecommunication companies. One reason was that some schools could not be connected to the 1BestariNet network due to the project delivery firm not receiving approval from local authorities to build telecommunication towers in several states, including Sarawak, Penang and Kelantan. [...]

However, according to the same AG report, the usage of the VLE platform among students, parents, and teachers was very low, with less than five per cent of students using the e-facilities.

The many problems of YTL's 1BestariNet, all signs of a failed project. 1BestariNet is a total disaster based on the fact that it has been raised by Public Accounts Committee (PAC) multiple times and rejected by most (if not all) users (school teachers will agree). The NST's article summed up the controversial project perfectly in the title "Ambitious 1BestariNet flawed from the start".