The Employees Provident Fund (EPF) Board, with the approval of the Minister of Finance, today declared a dividend rate of 6.35 per cent for the financial year ending 31 December 2013, representing the biggest ever dividend payout of RM31.20 billion to its members, up 13.66 per cent over the RM27.45 billion paid in 2012.

It is worth mentioning that since the 2008 global financial crisis, the EPF has declared compounded dividends of more than RM120 billion for its members. Including the net annual contributions, our investment asset size had recorded a strong rise; from RM342.01 billion in 2008 to RM586.66 billion at the end of 2013.” 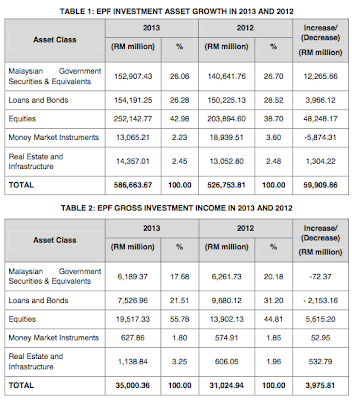 The dividend rate was declared on the back of a record gross investment income of RM35.00 billion, a 12.81 per cent rise from the RM31.02 billion gross investment income recorded in 2012. The 2013 dividend payout was derived after deducting the net impairment allowance on financial assets, investment expenses, operating expenditures, statutory charges as well as dividend on withdrawals. 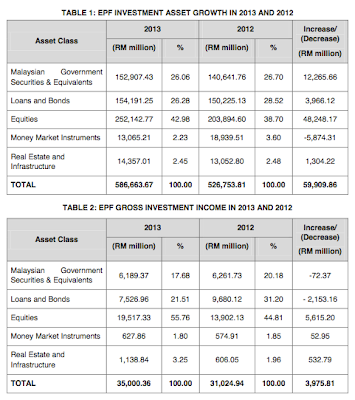 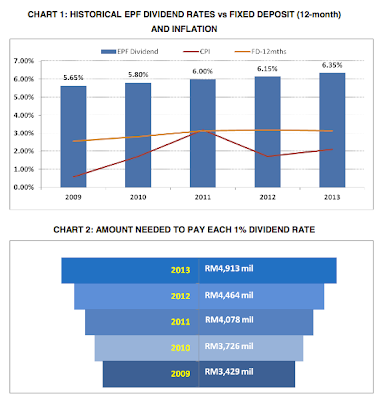 News
Labels: News
★ Click here to enter your email now ★ to stay up to date with current education news that matter to students in Malaysia. Read our essential updates and brief commentaries on education in Malaysia.