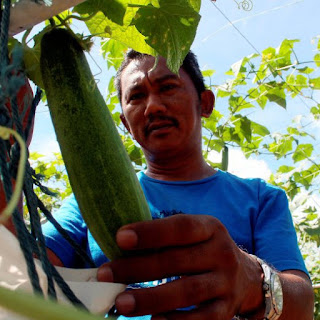 
Some schoolchildren in Kelantan are being taught to pronounce the word ‘cucumber’ as “Chu Chum Ber”.

They are also being told by their teachers that hibiscus should be pronounced “Hee Bis Coose”.

This was the startling claim made by a Dewan Negara senator today in relation to the supposedly poor standard of English teachers in Kelantan schools.

Senator Khairiah Mohamed said the problem is only the tip of the iceberg as students are exposed to countless grammatical errors.

This should not be viewed in isolation as a problem unique to Kelantan. In fact, many local university graduates are unable to converse in proper English. The bigger problem is the whole education system and the implementation of English in Malaysian education system.