All Teachers to Get 1Malaysia Netbook as Teachers Day Gift


Communications and Multimedia Minister Datuk Seri Ahmad Shabery Cheek today announced the extension of the 1Malaysia Netbook programme to teachers nationwide in appreciation of their services.

He posted on Facebook that the matter had been decided at the weekly cabinet meeting on Wednesday.

"Happy Teachers Day. This is our Teachers Day gift to all teachers nationwide. Teachers are the pillars of the nation's progress. The initial phase would involve about 400,000 teachers," he said. 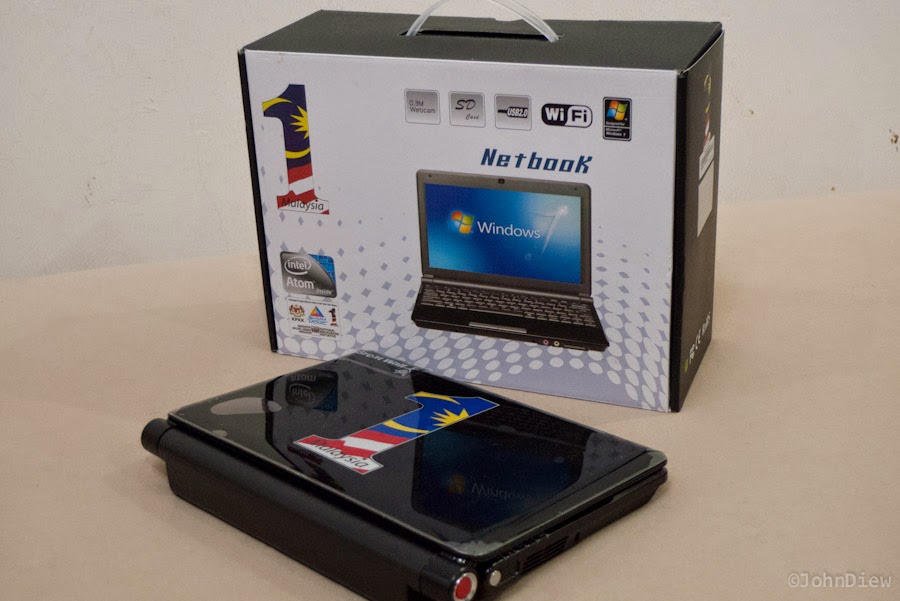 There are lots of different specs on a netbook, can you give me a rundown on what they all mean?
As with your regular laptop, there are some specifications that are easy to get to grips with and others that can go straight over the head of most users, but here is a basic list of what you should look for on a netbook:
Screen size - 10.2" is the standard netbook screen size, although there are some smaller but they can be difficult to read properly.
Weight - 1.5Kg is the average weight of a Netbook. Anything more than this is starting to get too heavy to comfortably carry around with you.
Processor - Old models used the Intel Celerom M processor but this has made way for the considerably more powerful and energy efficient Intel Atom processor. This is basically your computer's brain; the higher the number, the faster it works.
RAM - Most netbooks will come with 1GB of RAM and it is generally not advisable to go any lower. To cut a long story short, RAM dictates how many programs you can have open at once and seeing as netbooks aren't anywhere as powerful as your gaming rig at home, it's best not to scrimp here.
Hard drive - There are two types of hard drives in netbooks, SSD and HDD. Hard Disk Drives are your traditional drives and they are cheap and spacious, but the cost is that they draw more energy and are slower so you can expect to see your battery drain quicker. Solid State Drives are a lot smaller and more expensive but are considerably more energy efficient. If you want to store a lot of images and music on your netbook or price is a major factor it's best to go for the HDD, but for most other uses the SSD will be fine.
OS - The OS, or Operating System is the main program that you use to run you netbook. Most people will be familiar with Windows XP, which is often installed but it does add a significant amount to the cost of your computer. The other alternative is an Ubuntu Netbook, which is based on the Linux platform. This is free so it adds no extra cost but you are more restricted with the limited netbook friendly version, and the regular version can be a bit technical for the average user. You won't be able to find a netbook with Windows Vista on yet because the demand on computer resources Vista requires is much greater than any netbook can provide. This may change when Windows 7 is released but until then it's XP for the Windows fan.
Battery size - Batteries generally come in three sizes, 3-,6- and 9-cell lithium ion batteries, and on average these will give you about 3, 5 and 8 hours usage time respectively. The bigger the cell size, the bigger the battery and this will have an effect on the overall size and weight of the netbook so it's better to go for a 3- or 6-cell battery unless you expect long distances between you and a power point.

What are 1Malaysia Netbooks?


Netbooks are PCs just like your current desktop or laptop computer, only it is a lot smaller and lighter than you would normally expect. Because of their size, netbooks are extremely light and portable.

How are 1Malaysia Netbooks different from laptops?


At first glance a netbook and a laptop look very similar and in essence they are as they are both portable PCs that you can take anywhere and do all your work or play on the go. When you finally get hold of one though, you will find that the netbook is much smaller than a laptop and you'll be surprised when you see that they are sometimes no bigger than a book. On the other hand, netbooks usually forgo optical CD/DVD drives, so they are significantly lighter and more compact than laptops. On average they have a screen size of about 10.2" and weigh less than 1.5kg, which is even small enough to comfortably fit into a handbag!

What can you do on a 1Malaysia Netbook?


As the name suggests, netbooks are great tools for browsing the internet on. They are small and light and they all have good connectivity options such as Wi-Fi and Bluetooth so it shouldn't be a problem to connect to a network somewhere on the go. If you aren't near a network you can always buy a 3G dongle from a network provider such as Celcom, Maxis or Digi. You can also easily do your normal day to day tasks such as checking emails, writing documents and listening to music.

Are 1Malaysia Netbooks easy to use?

Are there any extra costs with 1Malaysia Netbooks?


In general there are no extra costs with netbooks except from your initial outlay. That said there are a few things to take into consideration. If you plan to use your netbook on the go a lot, then it would be worth investing in a 3G dongle and getting a mobile broadband package from a network provider such as Celcom, Maxis or Digi.

Where can I use a 1Malaysia Netbook?


As the size of netbooks is so small, there are generally no restrictions as to where you use it. They are light enough to pull out on the train on the way to work, small enough to carry around the house and even sexy enough to get out in the park on a bright sunny day without being labelled a geek. If it is web browsing that you want to be doing, just find yourself a free network (coffee shops are great for these) or get mobile broadband and you are sorted.

Can I use a 1Malaysia Netbook to watch films and play games?


As netbooks are so small, light and cheap they do have to make some sacrifices as compared to regular laptops. Although they have adopted the super efficient laptop Intel Atom Processors, they still cannot match the speeds of your standard laptop, and because they are small they often have to sacrifice a gigabyte of RAM. This means that if you want to watch movies they will struggle and playing games is pretty much out of the question. Online Flash games should work and YouTube videos will be fine, but don't expect any High Definition movies just yet.

Can I use my USB devices with a 1Malaysia Netbook?
Most netbooks have one or more USB ports, so you’ll be able to use USB device with your netbook, just as you would with any other computer.