Related: How to check STPM 2013 results online or using SMS when they are released on 19 March 2014 (Wednesday).

Here is how to check your SPM 2013 results release online or through SMS (semak keputusan peperiksaan SPM 2013):

Please take note that this SMS checking service is only available from 10:00AM on the 20th March 2014 (official result release date) onwards.
What's next after SPM or after you get your SPM 2013 results? Apply malaysia scholarship offers for SPM result-holders. 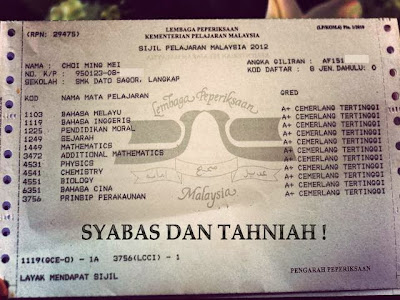