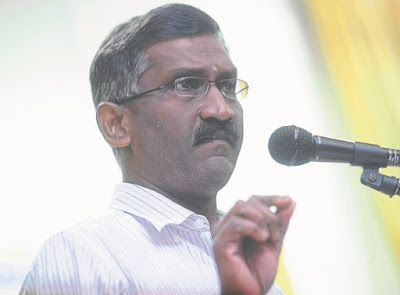 
He was commenting on a case in Tanah Merah Kelantan involving a female teacher who was said to had slapped her student for allegedly shaving her eyebrows.

Nursyahida Zulkifli was allegedly slapped three times at the back of her head by the teacher after believing that the Form 3 student had shaved her eyebrows.

The slaps caused her to vomit and she was admitted to the hospital for a nerve problem.

Her mother Zakirah Zahari was reported to have said that the slaps could have aggravated her daughter’s old injuries, sustained when she fell in the bathroom last year.

She hurt her head during the fall and was warded for two months.

Schools should have zero tolerance policy on violence and abuse by teachers towards students. For incidents like this, mainstream media tend to report the full name of the victim (a minor less than 16 years old) but self-censor the name of the abuser. What is the logic behind this? Thanks to social media, we now know his name: Ustazah Huslin 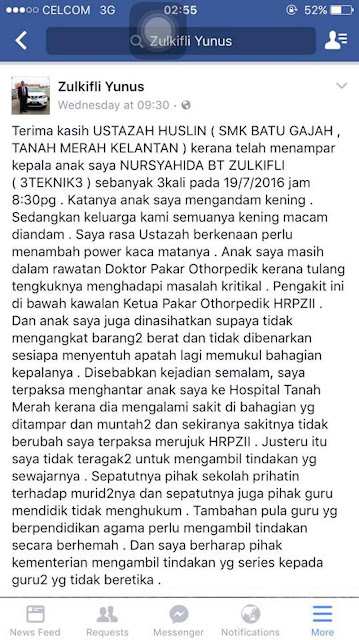